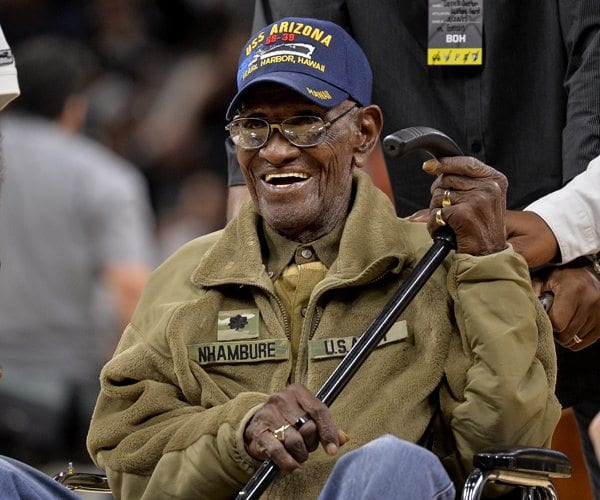 Overton, an Austin resident, served with the Army’s 1887th Engineer Aviation Battalion in the Pacific Theater from 1942 to 1945.

A GoFundMe campaign in January raised funds to allow Overton to stay in the home where he has lived for more than 70 years since he came home from the war, rather than be moved to an assisted living facility.

“111, that’s pretty old, ain’t it,” Overton said, USA Today reported. “I can still get around, I can still talk, I can still see, I can still walk.” Overton credits “cigars and God” for his longevity, admitting he had already had a few cigars that day.

Overton, a sharpshooter in the war, has been honored numerous times for his service, including for his 107th birthday having breakfast with President Barack Obama in the White House.

Twitter users in his community and from far beyond it shared their appreciation and good wishes with Overton to mark his special day.

@AP Happy Birthday Richard Overton. U are much loved in our state.Hope u see many more years.My aunt lived 2 106. You’re looking good.